South India, which comprises many Indian states like Telangana, Karnataka, Andhra Pradesh, and Tamil Nadu, has a distinctive culture from the rest of India. Each state has retained its historical ruins, cultures, and magnificent temples. Many tourists book their international flights to India from Canada to witness these highlights of South India. As there are plenty of attractions in the whole of South India, it might be tough to choose amongst them. This is why this list will help you which are the most amazing tourist places in South India.

Hampi in Karnataka is one of the most famous historical destinations in South India. This laid-back village was once the capital of Vijaynagar, one of the largest Hindu empires in Indian history. It has some great ruins of the past with large boulders that rear up over the landscape. All the ruins of Hampi date back to the 14th century and are stretched over 4187 hectares. When you visit this village, you will feel all the vibes of its incredible past.

Kerala Backwaters are one of the primary reasons this state is brimming with tourists every season. Many travelers from Canada book their international flights to India from Canada to visit Backwaters in Kerala. At this location, it indeed feels like that time has stood still. Fantastic food and onboard drinks on the boat offered by chefs are even more enjoyable. Travelers can spend their night on the boat in the middle of the water, surrounded by an abundance of nature and serenity.

Madurai is one of the oldest towns in Tamil Nadu and is home to the most important and impressive temple in South India, the Meenakshi Temple. If you are a fan of the magnificent architecture of south Indian temples, then this is the place you should surely visit. The city Madurai is more than 4,000 years old and has retained itself as a major center for Tamil learning and culture. The city primarily attracts pilgrims and tourists for its various festivities in April and May every year. Also, do not miss the celestial wedding of God and Goddess held in April every year. In case you have some extra time, then visit other magnificent temples in Madurai too.

Hyderabad might not be in the top places in many itineraries, but you might be surprised to know that the city has to offer plenty of things. Whenever you book your international flights to India, do add Hyderabad to your itinerary. The town stands out in Telangana for its remarkable and brimming Islamic heritage, so it is often called the City of Nizams. The Nizam dynasty rule ended when Hyderabad was merged with the rest of India after independence. But the city has retained its old-world charm with its architectural treasures.

The heritage sites of Badami, which was previously known as Vatapi Aihole and Pattadakal, are worth visiting if you are on tour to South India. This location is rich in monuments, temples, and historical ruins from the Chalukya empire. The renowned architecture originated in Aihole, and the village is filled with almost more than a hundred stone temples which are often overlooked and don't get the attention they deserve. Badami is one of the top places to see caves in India and offers magnificent cave-cut temples. Pattadakal is also an impressive temple that is smaller but is also a UNESCO world heritage site.

Varkala beach of Kerala has a unique fairy-tale-like setting which is enough to take your breath away. The beach is brimming with cliffs and mesmerizing views that are extended over the Arabian Sea. There is a paved footpath that runs along the length of the ridge and is bordered with quaint shops, beach shacks, hotels, guest houses, and coconut palms. Located amidst the cliff's bottom, this sparkling beach is one of the best beaches in India. If you are a fan of beaches, then Varkala beach will undoubtedly blow your mind away from its beauty.

Also known as the "Gateway to Kerala", Kochi is an enticingly beautiful city with an eclectic influence. All the Arabs, British, Dutch, Portuguese, and Chinese have left special marks on this city. The majority of the people recognize Kochi with its pictures of famous Chinese fishing nets lined up throughout the waterfront. Fort Kochi is also full of architecture and historical sites that is an additional benefit for all travelers. It is an ideal place to stroll around to explore on foot especially.

Pondicherry, also known as Puducherry, was a former 18th-century French colony located on the east coast of Tamil Nadu. The city retains French flavor and provides visitors with a decent break to soak up in the peaceful atmosphere. You can wander around the French Quarter along Promenade and also visit the various boutiques. The very famous Shri Aurobindo Ashram is also located in Pondicherry and attracts plenty of spiritual seekers.

Mahabalipuram, also known as Mamallapuram, is a famous beach town of South India with thriving surfing and backpacker scenes. Located just an hour's drive from the South of Chennai, Mahabalipuram is an ideal getaway for youngsters. It is also famous for its stone sculpture industry with plenty of shopping options. Other nearby attractions are Pancha Rathas, Shore Temple, and Arjuna’s Penance. It also organizes a dance festival which happens every year in December and late January. Mahabalipuram or Mamallapuram is the ideal place to visit in Tamil Nadu if you love exploring cultural delights.

We are sure that after reading about the amazing sites in South India, you must be planning to book international flights from Canada to India to witness all of it yourself. To make your plans easier, check out the MyTicketsToIndia website, which provides cheap flight tickets to popular Indian destinations. Whether you are traveling from Canada or Sydney, you can find plenty of flight deals on their websites at pocket-friendly prices.

Some toys won't ever vanish from the leading best toys for children, and wagons are certainly on

Are you aware of what you're going to accomplish with your forthcoming holiday season? You might

Bangkok, the city where all destinations, scents, sounds, and tastes of Thailand are folded up into

Father's day is almost here! It's time to celebrate with our Dads. They work hard all year l

Australia is a great place to earn social independence. Studying here can be a fruitful choice if on

Grand resorts in the Mexico and Caribbean are very popular with families. So if you are planning to

Prepare to venture off the boat and enter the entrancing submerged biosphere. These scuba diving pla

Travelling can be performed to accomplish a number of tasks. These tasks can be either associated wi

Is it true that you are attempting to settle on the best transportation service to hire? Here's

Car upkeep and car overhauling are of all things considered significance for any car proprietor. It

Following a long time of talk, you, finally, pick an objective for your family outing. The zone and

With time, the demands of the people have changed. Now when it comes to travelling then they look fo

I was sitting in a cafeteria, with my friend. We were glad, that Pakistan, become a safe country for

At the point when somebody talks, they will a not put Himachal Pradesh other than around 1,000 miles

Coorg, locally called Kodagu district is located in Karnataka and is among the most visited tourist

It’s a well-known fact that going on a road trip requires a great deal of planning. You not on

Dubai is known as one of the most vibrant and unique cities in the world. Besides being UAE’s

The holiday season means mass migration of people from their workplaces to their home towns, to meet

Trip to Exotic wildlife of Rajasthan Rajasthan is the royal state of India. It is a destination t

Whether you are searching for a hike in the desert or eager to learn more about the local art scene,

The global luxury hotel market size is projected to reach USD 238.49 billion by 2028, exhibiting a C

It is a genuine true blessing to opt for Umrah in the holy month of Ramadan. The Muslim Ummah prays

My husband George, and I spent a holiday, stuck in our hotel room. The flights were cancel

There is a lot to find out about movement, and once you know and apply this information, you can tra

Without referencing the Kedarkantha journey, the rundown of best winter objections in Uttarakhand is

Manali, a charming place snuggled in the slopes of the Himalayan Mountains, is one of India’s

When it comes to deciding on the best camping places in India, you should take your time. There are

You can exchange your vacation home, and get exchange rewards from a trusted home exchange port

The islands of the Caribbean consistently make for a mainstream travel objective. With countless suc

The joy or Cheerful of a Countries is challenging to quantify, yet one activity at the United Nation

My hotel room was on the 10th floor. I saw the sunset, from my window. It was beautiful. I enj

Do you know a spy app can help you out for travel purposes? Today, we will explain how

- -
Umrah is a nonobligatory journey that a Muslim can perform at any time of the year. Whether you

Dubai is a lot more than its renowned luxuries. Visiting its conservation reserve clicks a point to

The final deal is done, and with keys in hand, you have finally become a proud property owner and is

Your backpack needs to be able to travel the world with you. To do this, it needs to be built to las

For those who don't know much about professional chauffeur services in Birmingham, many companie

Are you ready to fly away to an exotic destination like India for your next holiday? If yes, then yo

Are you currently in search of cheap flights to some of the most important cities in the USA? If so,

- -
Desert safari is one of the top attractions in Dubai. It offers you a thrill, entertainment, BBQ

Before hiring the service of chauffeur Birmingham, there are a few important questions that you must

As the capital of India, Delhi is one city that has a myriad of things to offer anyone who chooses t

Around the world, Australia is famous for its amazing beaches. There are still an awful lot of beach

Singtam is a small town located in the East Sikkim district. A bus or jeep from Gangtok and Siliguri

Lying in the lap of the astonishing Uttarakhand Himalayas at an altitude of 2,608 m above sea level,

The German-speaking country of Austria has a location of 83,871 km2 in the outdated continent of Eur

Dubai is among the top-ranking cities of the richest people in the world. This makes it a plethora o 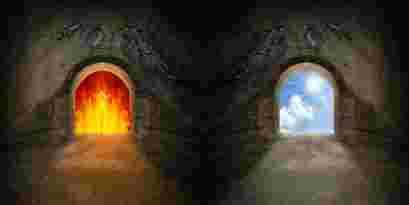 How quickly time flies! A year has passed, full of joyful and sad events, and these nights and days

- -
India is a country with ancient, exquisite, diverse, and sensory vibes all around. Therefore it offe

And Norway is the perfect place to begin your travel adventure. When you have beauty and adventure o

Which are the Top places to See from the USA in July? You know that it's the most popular time o

Travel calm and worry-free with assistance abroad The holiday period has finally arrived! After a

Deciding where to go next? Confused with all the choices out there? It is only natural to struggle w

It adds colors to our lives. A flower is the symbol of happiness. The colors are vibrant, pleasant a